Jon and Andy Erwin are a directing team that focuses on creating faith-based and inspirational feature films. The duo began their career when they were teenagers, working as camera operators for ESPN in their hometown of Birmingham, Alabama. They soon embarked on fulltime careers as sports cameramen covering University of Alabama games all over the country. The brothers had the opportunity to work with ESPN College Football Primetime, FOX NFL, and the NBA, and covered events like the X Games and the Super Bowl.

In 2002, the Erwin Brothers started their own production company, venturing into creating commercials, documentaries, and music videos. They found their greatest success in the world of music, directing music videos and producing concerts and television programs for platinum artists like Amy Grant, Michael W. Smith, Casting Crowns, Switchfoot, Skillet, and others. The brothers received eleven nominations and were honored with wins for Music Video of the Year at the GMA Dove Awards for three consecutive years.

The Erwin Brothers have also produced and directed several documentaries, including the multi-award winning 9/11 story, The Cross And The Towers; a music documentary with Third Day: Live Relations; The Mysterious Islands, a documentary filmed in the Galapagos Islands; and the international dramatic short-film series, God Provides.

In 2010 the Erwin Brothers shifted their focus and began exclusively developing dramatic feature films. Their debut feature, released by Samuel Goldwyn, was the coming-of-age OCTOBER BABY, which opened as a top-ten movie in America and eventually earned more than $5 million at the box office. Their second feature film, MOMS’ NIGHT OUT, was released in 2014 by Sony’s AFFIRM Films and Provident Films. The family comedy stars Sarah Drew, Patricia Heaton, Sean Astin, and Trace Adkins. In 2015 the Erwin Brothers released their third feature film, WOODLAWN. The film, which stars Jon Voight, Sean Astin, and newcomer Caleb Castille, was met with critical acclaim and received an A+ CinemaScore. Slated for a Spring 2018 release, I CAN ONLY IMAGINE is the brothers’ fourth feature film. 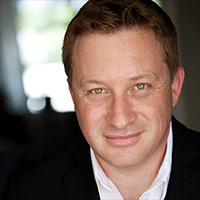 Alex Cramer is a screenwriter and journalist who is passionate about creating narratives with emotional resonance. He has written movies for Disney and Sony and sold his most recent spec script to Global Road Entertainment. He currently lives in Los Angeles with his wife Stephanie and pug Lucy. 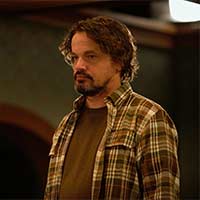 Kevin Downes’ career of producing, acting, directing, and writing spans more than 20 years. Some of Kevin’s fan-favorite roles include Officer Shane Fuller in Courageous and the video-game-loving Kevin, in Moms’ Night Out. As a producer, I CAN ONLY IMAGINE is his third film with the Erwin Brothers, along with Moms’ Night Out and Woodlawn. He produced the critically acclaimed Like Dandelion Dust, from best-selling author Karen Kingsbury, which starred Academy Award winner Mira Sorvino. Kevin also produced, co-wrote, and starred in the Pure Flix theatrical release, Faith Of Our Fathers. Behind the camera, Kevin has directed Amazing Love and Six: The Mark Unleashed. Kevin recently executive produced and starred in a new television sitcom Hitting the Breaks with his longtime friend David A.R. White. Co-stars include Rob Schneider and Tim Tebow, among others. 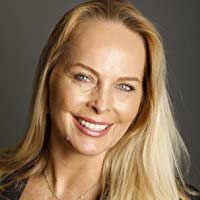 Cindy Bond is a globally recognized leader and pioneer of faith-friendly films and has worked on the distribution, production, sales, marketing or finance of more than 200 films. She has co-founded and helped lead Wild Horse Entertainment, Providence Entertainment, Promenade Pictures, and Mission Pictures International. Her key projects include THE OMEGA CODE, the No. 1 limited-theatrical release of 1999; Hallmark Channel’s The Note; and The Epic Stories Of The Bible animated series that began with the 800-screen theatrical release of THE TEN COMMANDMENTS and was followed by NOAH’S ARK. She has also produced The Shunning and The Confession for Hallmark Channel, UP’s highest-rated movie series Love Finds You, and Lifetime’s Heaven Sent. In addition to I CAN ONLY IMAGINE, Cindy is currently producing MISS BRENDA AND THE LOVELADIES, PRAYER OF JABEZ and the TV series Hero Dogs. Cindy is a member of the Producer’s Guild of America and the Screen Actor’s Guild and she has served on a number of boards of directors. 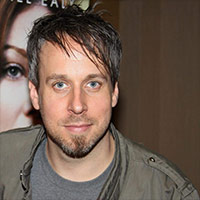 Brent is an award-winning writer, director, producer, and composer. He co-wrote, co-edited, scored, and 2nd-unit directed on I CAN ONLY IMAGINE. Brent's work is known for its heartfelt and visually-compelling storytelling ... including a film that caught the eye of Steven Spielberg, landing him a subsequent first-look deal with DreamWorks and Fox Television. His work has also been featured on Netflix, Lionsgate, Dreamworks Animation, & Universal. Brent's recent narrative work has garnered favorable mentions in publications such as Variety, The Hollywood Reporter, and MovieMaker. He has been nominated for and won numerous awards, including an Image Award nomination in 2012 ... but is most proud of his no-splat career rating on RottenTomatoes. Brent lives on a farm in Nashville, Tennessee with his wife of 23 years, and their five children.